So, since a lot of people would be playing TRAPS and ARC in Incursion, i guess it’s time to share the build that i created and played back in Harbinger. Yes, i played Arc Trapper in Harbinger.
Take a look at my character name. It worked! 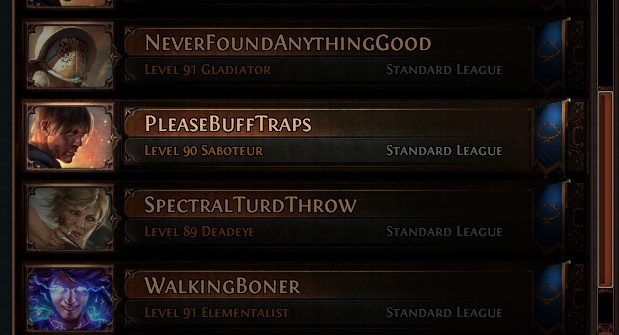 Noone bothered with this weird combination, but i actually had a blast even though single target damage was COMPLETE CRAP.
Later Saboteur ascendancy was reworked and i returned to my original build and now it was a much smoother experience! With some jewels and abyssal gear and regen in the ascendancy it become much smoother, yet still sucked for single target in general. So i’ve been waiting for some single target help and it has finally arrived in 3.3!

How to support me ?


There are 3 simple ways you can donate :